Hello, how can we help you?
Send
×
How may i help you? 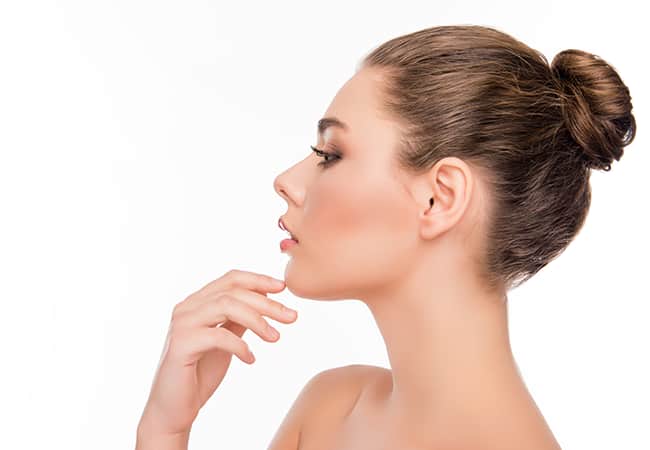 The chin is one of the most important anatomical structures on the face and has 2 components, the lower and upper jaw. The basic structure that forms the upper jaw is the bony skeleton called the maxilla, and the soft tissues surrounding the skeleton. The basic skeleton structure that forms the lower jaw is the solid bone structure called the mandible and provides a connection to the skull with 2 joints. Again, it is surrounded by soft tissues as above.

Deformities in the jaws may occur due to deficiencies or excesses that occur during the development of the tissues that make up the lower and upper jaws. Although the main function of the chin is chewing and feeding, it is also extremely important in terms of aesthetics. The lower and upper jaws are also extremely important in terms of the teeth they contain and their relationship with each other. Disorders in the structure of the jaw also negatively affect the alignment of the teeth, causing the teeth to be distorted.

The problems arising from the abnormal development of the jaw bones are the problems called orthognathic surgery or maxillofacial surgery and are one of the main subjects of plastic surgery. In such cases, necessary preparations and interventions are made with the cooperation of dentistry and orthodontics under the chairmanship of Plastic Surgery.

Sometimes, although there is not a very important defect in the lower and upper jaws, aesthetic problems may occur due to the smallness or size of the lower jaw only. In these cases, it provides very important improvements in the appearance of the lower face area, without changing the tooth alignment, with surgical interventions to be performed only on the lower jaw. The result obtained with minor surgical interventions on the lower jaw not only improves the general facial appearance, but also corrects the neck-to-face relationship. It deepens the neck chin angle or narrows it according to the need.

Reduction of the chin is only possible with surgical interventions on the lower jawbone. Surgical interventions can be performed under general anesthesia or under local anesthesia under sedation. The treatment of conditions in which the jaw is large, also called macrogenesis, is only possible with surgical methods. Surgical procedures are almost non-existent if they are performed by experienced Plastic Surgeons.

Minor chin or Microgene correction can be done with chin prostheses placed on the bone without any operation, or soft tissue enlargement and volume can be increased by using various filling materials. With these operations on the chin, the aesthetic appearance is corrected and the relationship of the anatomical structures in the face area with each other is made more harmonious.